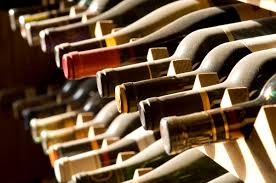 The industry’s annual national wine awards – The English & Welsh Wine of the Year Competition – reveal an unprecedented number of medal winners, with South East vineyards dominating the trophies awarded.
Of the 205 entries, 190 wines won medals, accounting for 95% of all wines in the competition, including 15 Gold, 111 Silver and 64 Bronze, with a further 4 awarded Highly Commended. Still wines were the overall winners, scooping 66% of the total medals (44% still white, 16% Rose and 6% Red).
The competition is an opportunity producers across the industry to take part, and open to all different styles of still and sparkling wine now produced in the UK. The wines were judged over two days at Balliol College in Oxford by a team of six Masters of Wine and marked to international standards. Chaired by Anthony Foster MW, the panel also comprised: Dee Blackstock MW, Maggie McNie MW, Sally Easton MW, David Bird MW and Robin Crameri MW.
12 trophies were awarded to different style categories of wines, 8 of which were won by South East producers. 5 were gained by Chapel Down, awarded three trophies for their Bacchus 2013. Chapel Down Kit’s Coty Chardonnay 2012 repeated the success of its previous vintage in winning the Best Oaked White Wine trophy whilst their Pinot Blanc 2011 was awarded trophy for Best Large Production Wine from an earlier vintage.