ProWein Future Retail Trends: this is the future of wine business 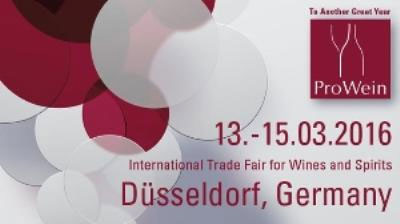 The report – made by “Wine Intelligence” for Prowein – covers six key markets which, for their geographical and cultural variety, and for their significant size, together constitute an illustrative cross-sample of the global wine market. We have analysed trade interviews from experts in the United States (the worldâ€™s largest market for wine), Germany and the UK (respectively #1 and #2 in the world for imported wine), France (whose wine market is in decline, yet which still boasts the worldâ€™s highest per capita consumption), Japan (where wine volumes have been growing healthily in recent years), and Australia (a large market and key New World producer). Several trends observable last year continue to dominate and will likely help to mould the future of wine retail. Of these, the inexorable rise of the online channel is undoubtedly the most glaring. Indeed, in all of the markets studied, to varying degrees online promises to impact significantly on future trading and on consumer behaviour. Trend 1: Online Channel to grow What is perhaps most interesting about this future trend is the fluidity of the â€œonline channelâ€, it forming an increasingly vital component in the business models of more traditional bricks and mortar channels as well as constituting an independent channel in its own right. Although online will be important in both of these respects, it is perhaps the former in which it will most impact on the wine retail climate and on consumer behaviour. This is evidenced, for example, by the growing success of click and collect, or â€œle driveâ€, in France, being adopted by super- and hypermarkets at an increasing rate. Trend 2: Struggles of mainstream Whereas online is a truly universal future trend, the particularity of local retail environments and consumer habits in different cultures ensures that other future trends will be restricted to specific markets. In most markets studied supermarkets are being squeezed from above as consumers become more involved in wine, and simultaneously from below, scrabbling to define their strategy in opposition to the cheaper discounters. This will likely lead to a more experimental approach towards strategy in future. Trend 3: Independents ride wave of personalisation and involvement In the UK, Australia, Germany and France the success of independents, often niche, or embracing alternative business models, is demonstrative of a backlash against the impersonal nature of mass and online retail. This will play an interesting part in the future of wine retail in these countries, but not so much in countries such as Japan, where the preponderance of convenience stores forestalls any desire on the part of consumers for greater face-to-face contact. Trend 4: Neighborhood convenience to remain Key The strength of neighbourhood convenience will play a major role in this market, as will it in the UK, France, and the US. Here we see another corroboration of our findings from last year, namely that changing shopping habits â€“ consumers preferring to shop for less, more often, and closer to home â€“ are shaping and will continue to shape the wine retail landscape in a significant way. Trend 5: Discounter Momentum to fade Affecting three of the markets studied is the inclement forecast for discounters. In the UK and Germany they should remain important channels for wine but will hit an inevitable ceiling for lack of expandable space. In France they will attempt to remodel themselves as more mainstream retailers, their former raison dâ€™Ãªtre undermined by supermarkets and hypermarkets offering impossibly competitive prices.

Conclusion
The implications of these future trends for producers and brand owners are therefore largely country-specific and so, with the exception of online, it would not be instructive to speak of their â€œuniversalâ€ implications for the world of wine. There is, however, an overarching theme which facilitates and enriches understanding of many of the future trends discussed in this
report. As we observed last year, the rise of online has nurtured an environment in which consumers thirst for information and become accustomed to the availability of a wide range of products. On the other hand, as exhibited by the growing importance of the neighbourhood convenience channel, many consumers are increasingly desirous of ease â€“ effortless home delivery, or the ability to pop into their local convenience store any time and pick up a half-decent bottle. These juxtaposed expectations for information-rich, wide choice on the one hand and for hassle-free convenience on the other are perhaps symptomatic of the internet age, where anything, and, crucially, everything is an effortless click away. These twin desires will almost certainly underlie many of the trends we observe in the future of wine retail.
A summary of the report will be presented to participants in this yearâ€™s ProWein on Tuesday, March 15 at 10.30-11.45 am in the ProWein Forum in Hall 13. Registration requested on:
Eleanor Hickey, eleanor@wineintelligence.com