The sunshine was back to celebrate the 13th Vinisud, the world’s largest showcase for Mediterranean wines 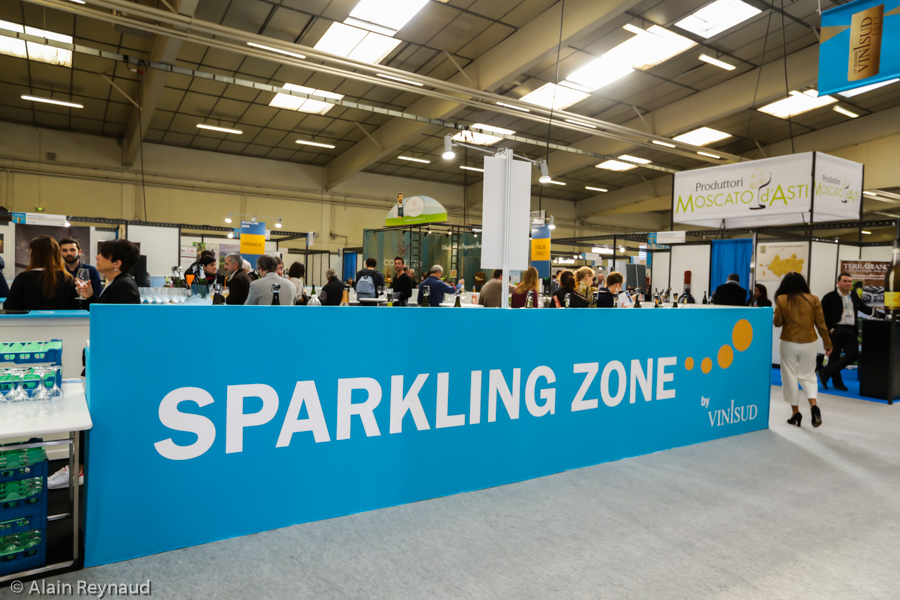 Mirroring the pioneering spirit that epitomises the world’s largest wine region, Vinisud celebrated its new annual format this year with a number of novel concepts, whilst staying tuned to the needs of the industry and helping guide it towards the future. One of the major new features this year was the New Wave area, a cluster of start-ups and new-generation wine growers. After the first day, its exhibitors were already waxing lyrical about the concept: “Breaking away from the traditional appellation system is a way of demonstrating the new life we are breathing into our winery”, said Guilhem and Valérie Castan of Domaine Castan in Cazouls-lès-Béziers, Languedoc. “We all have the same type of stand and therefore start on an equal footing, with a single point of entry for everyone”. Bastien Lannusse from Château du Pouey in Madiran shares their enthusiasm: “There is real momentum here. Showcasing young wine growers is a very attractive concept that can help raise their profile”.
The initiative is also viewed as positive by buyers such as Julien Marson, wine consultant for the Mestdagh group in Belgium: “The New Wave encapsulates a renaissance in appellation wines and is a way of finding that little gem that will make all the difference”. Along with many other buyers and attendees, Julien Marson found the masterclass on Prosecco Conegliano Valdobbiadene DOCG particularly compelling. A first-time participant of Vinisud, the DOCG’s consortium recruited the help of Master of Wine Mai Tjemsland to raise awareness of the various quality levels within the Prosecco category – which continues to take the world by storm.

As do rosé wines. According to fellow Masters of Wine Sarah Abbott and Elisabeth Gabay from the United Kingdom, the dry, refined and food-friendly Mediterranean rosé styles have undeniably given the category a new lease of life, due to the fact that “The Mediterranean is a hotbed of creativity”. The region’s attributes were clearly demonstrated in a dedicated masterclass which covered an extensive spectrum in terms of colour, profile and provenance. Along with their Norwegian counterpart, the two British Masters of Wine also symbolised a wine world with no frontiers – and that’s not just geographical.

The series of masterclasses, conferences and other events continues on Monday.

We use cookies to ensure that we give you the best experience on our website. If you continue to use this site we will assume that you are happy with it. Info at CookieOk