Brazilian wineries project US$ 950,000 in business in fair in Germany 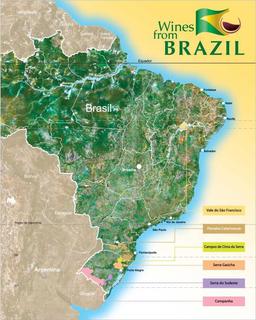 The participation of 10 Brazilian wineries in ProWein in Duseldorf, Germany, should result in US$ 950,000 in business. This is the projection of the companies that will be at stand 128, in hall 9, between the 19th and the 21st, at what is considered the world’s largest wine fair. The activity is from the sector project Wines of Brasil, developed by the Brazilian Wine Institute (Ibravin), through the Vitiviniculture Development Fund of RS (Fundovitis) in partnership with the Brazilian Trade and Investment Promotion Agency (Apex-Brasil). Participation in ProWein is considered strategic for attracting buyers from all over the world, especially from the old continent. In 2016, Brazilian wineries increased export value to European countries by 10% in relation to the previous year, with the commercialization of US$ 1.24 million. In volume, sales reached 272,200 liters, a 7.6% increase over 2015, remitted to 11 countries.Increasing its presence even in Germany, the world’s largest wine importer, is also in the participating companies’ sight. Brazil will be represented by the wineries Aurora, Basso, Casa Perini, Casa Valduga, Don Guerino, Lidio Carraro, Miolo, Peterlongo, Pizzato, and Salton.
This year’s edition marks Brazilian wine’s 13th participation at the fair. Due to last year’s success, the wineries will again be gathered around a collective table called Get to know our Champions. At the location, from 4:30 pm to 6 pm, drinks with the exhibiting companies’ wines and sparkling wines will be elaborated. The objective is to give visibility to the award-winning labels present at ProWein. The distinction belongs to the sparkling wines, with 12 of the 17 products presented. Diego Bertolini, Ibravin’s Internal and External Market Promotion manager, anticipates that the goal of Brazilian participation in ProWein is to facilitate prospects in importing countries. The manager also adds that the main focus at this year’s fair will be promoting Brazilian sparkling wine, a product that has stood out for earning more than 1,500 international awards in the last decade. “In 2016, we resumed export growth, in large part due to consolidation of our sparkling wines’ image. This year, amplification of markets and exporting wineries is in our radar,” he says.  In 2016, Brazilian exports presented a 45% increase in value, totaling US$ 5.9 million, and a 43% increase in volume with 2.2 million liters. With sparkling wines, growth was 20%, with the commercialization of 174,000 liters.
The German wine market
In 2016, Brazilian wineries sold 18,000 liters to Germany, an 8% increase from the year before. In value, the result was more expressive: US$ 87,000 in business, which represents a 15% increment in comparison with 2015. According to the International Organisation of Vine and Wine (OIV), in volume, Germany is the largest wine-importing market of the world, with the entry of 15.1 million hectoliters in 2015. Known for its price competition in the internal market, the country comes in third place regarding imported value, behind the United States and the United Kingdom. In 2015, US$ 2.5 billion in wine was imported.