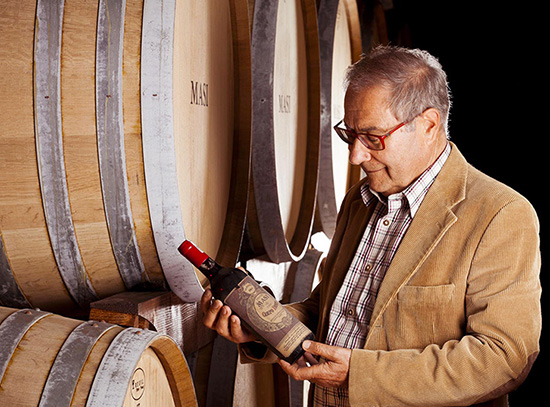 Aces high in the kitchen for the Fiftieth Anniversary of Masi’s Campofiorin Masi (#Campofiorin50) as the celebratory 2014 vintage is released. Famous for its Amarone and based in Valpolicella, Masi has collected together 50 entirely new recipes from four food bloggers to celebrate the golden wedding of this prototype branded wine which has conquered the tables of four continents and international tastebuds in its five decades of life. The recipe book that is inspired by this iconic Veronese red wine will be presented at the 51st edition of Vinitaly. From seasonal recipes by Antonella Pagliaroli (Fotogrammidizucchero.com) to the traditional recipes of Giulia Scarpaleggia (Julskitchen.com), via the signature dishes of Sigrid Verbert (Cavolettodibruxelles.it) and the sustainable cuisine of Lisa Casali (Ecocucina-d.blogautore.repubblica.it), the book takes its inspiration from the surprisingly food-friendly nature of this full-bodied, smooth, and velvety wine with outstanding approachability. “It’s said that a wine shows its natural versatility when it’s paired with food. Which is why we wanted to put our Campofiorin to the test, using talented food bloggers to create fifty recipes to show its infinite variety, through fun food pairings that are unusual, but above all delicious, while respecting ethics, intolerances and particular food tastes,” commented  Raffaele Boscaini, Masi’s marketing director.  Our food journey is divided into four sections – brunch, family meals, an aperitif with friends, and more formal dinners – for an authentic Masi Experience which follows a common red-wine theme. Each meal is accompanied by Campofiorin, Masi’s most eclectic food wine.
Like Campofiorin, the recipes collected together have solid Italian roots and, like the wine, they have a cosmopolitan vocation to enliven the food of four continents. Their ingredients are taken from here and there all over the world and the recipes give them links to the Italian traditions that remain the starting point of the venture. Among the ideas for brunch we find the international Eggs Florentine or waffles with paprika, the sandwiches from northern Europe that have conquered the world; while the family lunches are more Italian flavoured with tagliolini al limone, cauliflower and almonds, and ossobuco with an orange and oregano gremolata. Vegan frittata of chickpeas flavoured with cumin is one of the suggestions for an aperitif, which would go well in a smart dinner as a first course before Campofiorin risotto and pears cooked in Campofiorin with chocolate, where the wine is just as much an ingredient as an accompaniment. Masi Campofiorin, the Supervenetian prototype, father of DOC Ripasso wines and a pioneer in the double fermentation method, has come a long way since its birth in 1964 as the brainchild of Guido Boscaini. In five decades it has been enjoyed by 300 million people and crossed the frontiers of more than 100 countries in the world.
The recipe book is published in two editions – English and Italian – and the recipes are also available in a searchable version online (http://campofiorin.com/ricette/).